TrinaTracker, a leading tracker manufacturer and business unit of Trina Solar Co., Ltd, has demonstrated for an entire year its stable and efficient operation in the ±800 kV UHV DC Power Transmission Project in Qinghai-Henan, China. 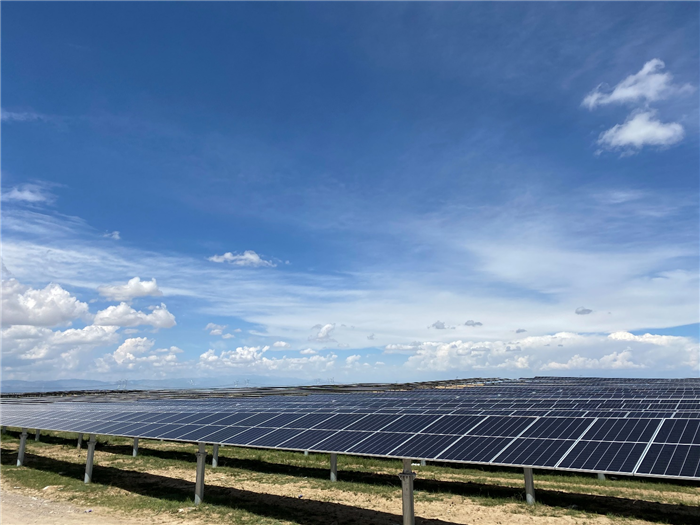 The ±800 kV UHV line from Hainan prefecture in Qinghai province to Zhumadian in Henan province is the first long-distance UHV line in the world built to transmit renewable energy only. It is estimated that the project will provide about 40 billion kWh of power to central China annually. As a designated solution provider, Trina Solar is the only supplier providing both PV modules and trackers for more than 600MW. Contracted by State Grid Corporation of China (State Grid), the first phase of the 2 GW project was connected to the grid last September.

With an average altitude above 3,000 meters, Qinghai province has unique climatic characteristics, such as low temperatures at night, long hours of strong solar radiation, and scarce and short periods of rain. Moreover, the area is prone to meteorological adversities, including droughts, hailstorms, frosts, snowstorms and strong winds. These challenging conditions have posed serious challenges for photovoltaic modules and trackers. However, TrinaTracker has successfully overcome these by installing the Vanguard trackers designed to be adapted to the most arduous sites.

Featuring wind resistance, snow pressure resistance and other characteristics, TrinaTracker Vanguard is suitable for a wide range of the most complex scenarios. The trackers adapt to harsh climate conditions including low temperatures, strong wind, heavy snow loads, hailstorms and elevated levels of humidity and corrosion. As a result, the Vanguard series trackers are designed to operate efficiently in all kinds of sites from deserts to plains, hills or plateaus and in a variety of applications, including agrivoltaics, greenhouses and fishery photovoltaics.

After a year of operation, TrinaTracker Vanguard series has proved its stability, rigidity, adaptability and efficiency when installed in the harsh natural environment of the western Chinese region. Furthermore, TrinaTracker's Supertrack intelligent algorithm that dynamically optimizes the tracking angle contributed to an energy gain up to 8% above the traditional astronomical algorithm.

Jason Duan, head of the tracker business unit at Trina Solar, said: “In response to the trend of increasing power and format of supporting modules and diversifying application scenarios of trackers, Trina Solar will design trackers based on its forward-looking ideas. We will also step up and optimize technology upgrades to further reduce system costs and LCOE in diverse environments and thus deliver more value to customers. The production sites and supply chain network for trackers will guarantee the production of the highest quality trackers while the delivery cycle is shortened and ensure customers are provided with the best service.”