In late September, the first batch of 30MW Trina Solar 210 Vertex 670W modules was shipped to the Nandagang fishery photovoltaic project in the city of Cangzhou, in Hebei, northern China, and more modules are continuing to be delivered.

The Fishery Photovoltaic Project with total installed capacity of 70MW, is located in the Nandagang industry park of Cangzhou, rich in saline and alkali and mudflats. This project will be all equipped with Vertex 670W modules and fixed tilts. In setting up the project to service the local fisheries industry, to maximize its efficiency, the owner, Concord New Energy, required modules combining high energy yield and reliability, after careful evaluation, opted for Vertex. Concord New Energy also have previously chosen Trina Solar 670W Vertex modules in a 112MW photovoltaic project in Dachaidan, Qinghai province. 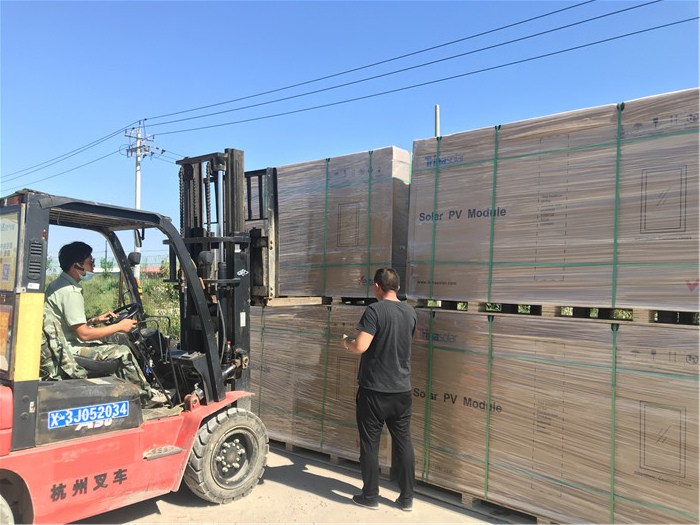 With high reliability and LCOE performance, Trina Solar’s 670W Vertex modules are widely welcomed by customers worldwide and are applied in all kinds of large-scale utility projects.

As for Nandagang fishery photovoltaic project, once completed, underwater fish and shrimp breeding will be conducted, the photovoltaic cells being installed above the water, Solar energy, the fishery and rain will thus all be fully used, assisting in local economic and ecosystem development.