Trina Solar’s Vertex 670W modules at an empirical study site in Jiaxing, Zhejiang province, on China’s eastern coast, managed to remain fully intact as they were buffeted by Typhoon Muifa as it made landfall on September 14.

Muifa was the strongest typhoon to make landfall in China this year, with strong winds of nearly 160 kph, equivalent to a Category 2 Atlantic hurricane. Evidence outdoors showed that Vertex 600W+ modules provide rock-solid reliability even in an extreme typhoon and offer stably higher value to customers.

China General Certification(CGC) conducted an innovative outdoor empirical study in Jiaxing on Vertex 670W modules' performance in extreme weather. Wang Shaoliang, CGC's empirical study project manager, said the strings were all installed in the peripheral area of the array of the empirical study site and were located on the roof of a 11-story building. The modules were installed vertically, and fixed tilt racking was installed with the best inclination angle in line with project site conditions. The real installation scenario of a PV power station is simulated to ensure the comprehensiveness of the empirical study. 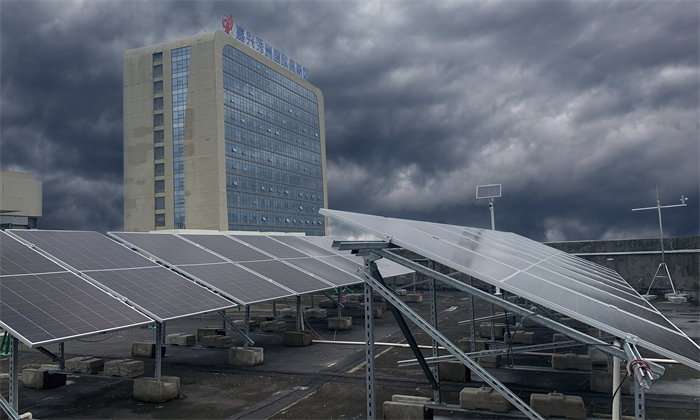 Trina Solar has been ranked as a Top Performer for the eighth year in a row by PVEL, besides it has been named an Overall High Achiever by RETC for the third year in a row by RETC. Adopting a user-centered strategy, Trina Solar has developed an LCOE-oriented principle, to cut down  LCOE with 4 keys of high power, high efficiency, high reliability and high energy yield, opening a new channel for lower LCOE and spurring the industry to new phase.