Trina Solar has maintained its AAA status for the third consecutive quarter in the PV ModuleTech bankability rankings released by PV Tech for Q4 2022.

The company’s continued presence within the highest category validates its ongoing high performance level in manufacturing capacity, technology innovation, product shipments and financial status and underlines its position as an industry leader in each of these areas.

Trina was an early mover among leading module suppliers in n-type technology and is expected to add further capacity in the year ahead. 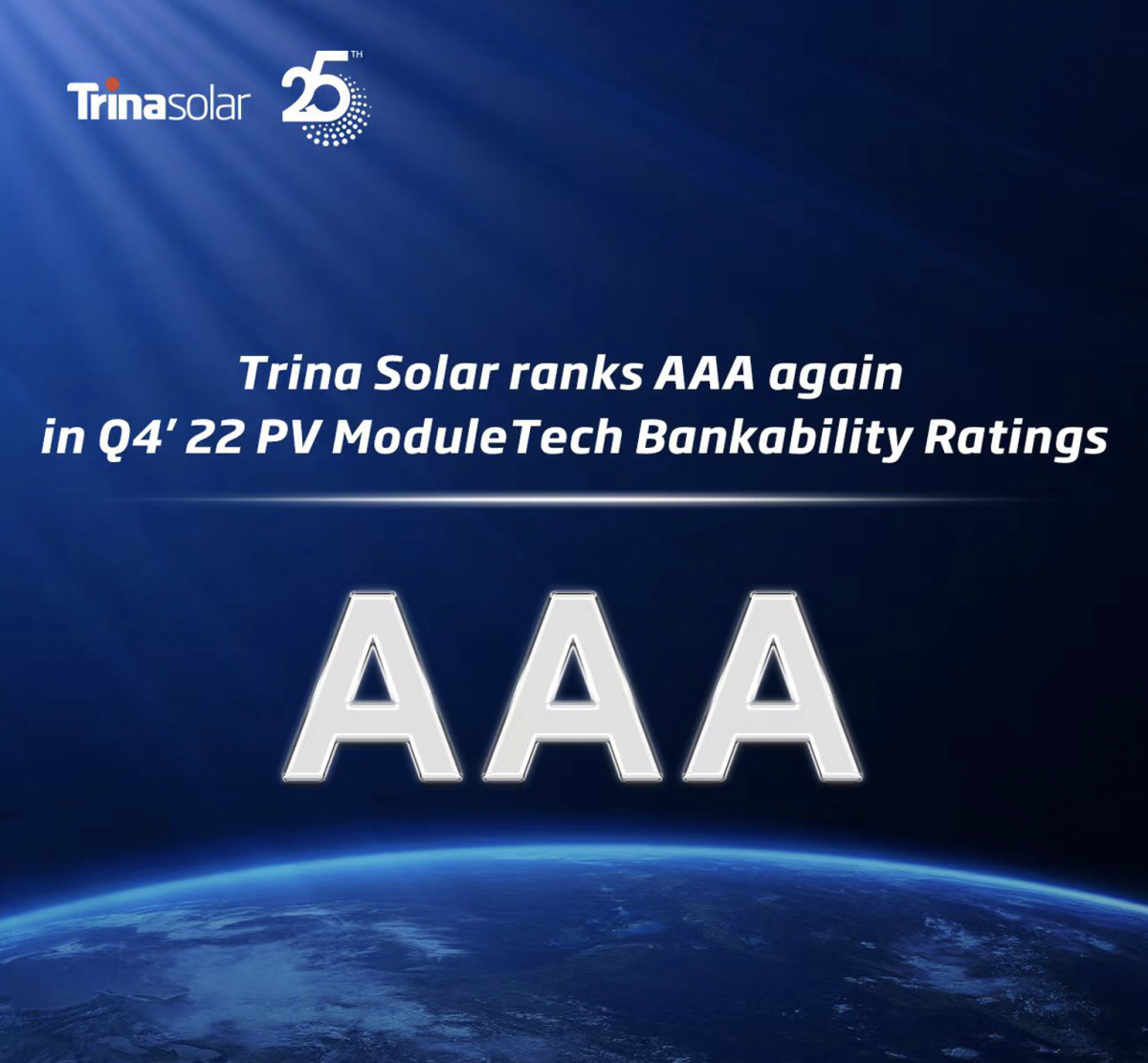 An early mover and promoter of n-type technology

Trina Solar is committed to technical innovation and continues to lead the industry with n-type technology. Based on the leading 210mm technology, Trina Solar launched 210mm n-type full-scenario solutions, reducing BOS costs and LCOE and offering greater value to customers. The volume of Trina’s module shipments of 210mm and n-type technology is forecast to reach 30GW by 2030, helping to usher the PV industry into the n-type era.